It's Nutrition Month - bring family and friends together with food. 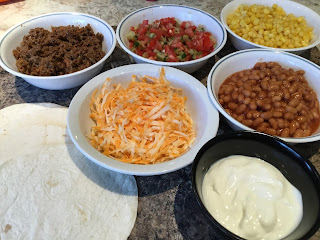 March is Nutrition Month and here at Diaries of a Dietitian we're focusing on the potential of food to bring people together. Food is nourishment, of course, but it's also so much more. Food unites us all.
Every Wednesday in March we'll post an idea that fits the theme of bringing family and friends together to share great food and conversation.

The first idea: a Burrito Bar. This is perfect for kids to plan over March break.

Hosting a burrito bar potluck is an easy way to bring friends and family together to share tasty food. There are a few things I like about a burrito bar potluck: everyone gets to choose their own fillings so they'll like what they get; it requires few utensils and equipment so there's minimal set up and clean up; and, guests make their own meal and bring the ingredients for it! 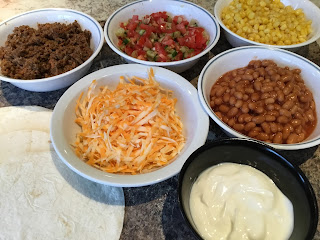 A few years ago, we hosted a burrito bar meal with friends on Family Day. I made the seasoned ground beef  and supplied the tortillas and each family brought one or two fillings. There was guacamole, salsa, refried beans, rice, corn, sour cream, cheese, peppers, olives, hot sauce,cilantro, lettuce and a few other options I can't remember. Everyone assembled their own burrito and little kids got help from older kids and adults. People popped their burrito in the microwave if they wanted it hot. 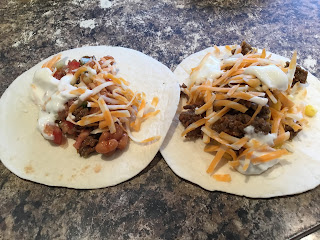 To break up March break boredom this year, I've convinced my son to have a Mexican themed party and get everyone to bring fixings for burritos. He balked at the idea at first but came around when his friends thought it wasn't such a lame idea. So, they'll be decorating the basement, doing some salsa dancing and making burritos. This won't be as exciting as actually going to Mexico but it's an easier event to plan and it will be fun - good food shared with friends is a recipe for good times. 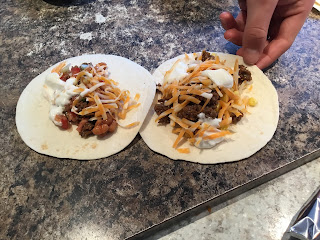