October 16, 2015
Mmm, there's nothing better than fresh local corn at the end of summer. Of course I love noshing it right off the cob, but it's also delish in soups, salads, and casseroles.  I decided to use the corn from The Local's Farm Fresh Food Box to try a new one-pan casserole. This is a super-delicious Mexican inspired dish that's easy and quick. Even the quinoa cooks right in the pan! 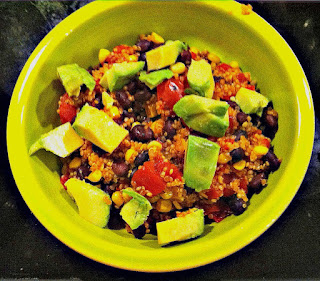 Prepare the vegetables for this dish: mince the garlic, chop the tomatoes, and carefully slice the corn kernels off the cob 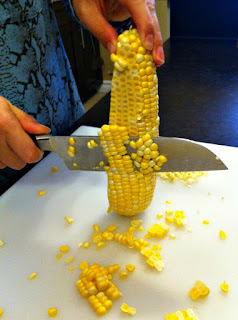 One cob gave me just under 1 cup of corn kernels, so I used 2 cobs and had leftover corn for my salad the next day 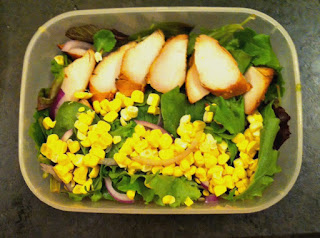 I have an over abundance of tomatoes from my garden right now, so I used a combination of fresh chopped tomatoes and a small can of fire-roasted diced tomatoes for this recipe 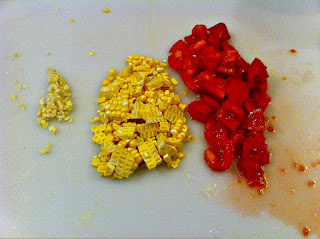 Once the veggies are chopped, heat the oil over medium heat in a large skillet. Add garlic and cook until it starts to soften, about 1 minute. Add the uncooked quinoa 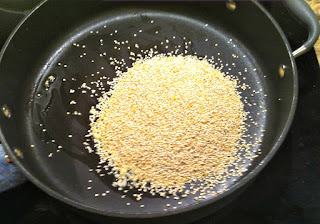 Next add your chicken broth 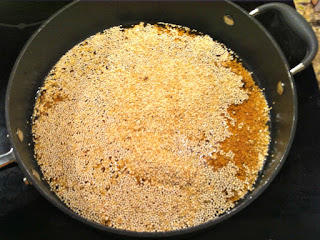 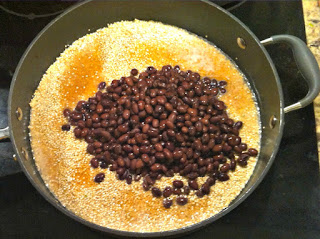 Add the tomatoes (and their juices) and corn 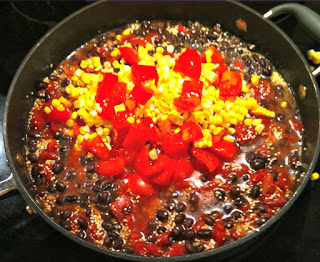 Add the chili powder and cumin, and season with some pepper. I didn't add salt because there was already salt in the stock and canned tomatoes 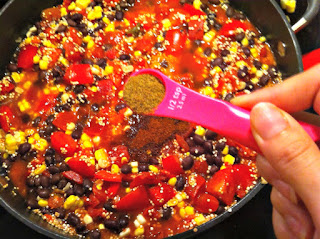 Stir until well mixed, then bring to a boil. Reduce heat, cover and simmer until the quinoa is cooked through, about 20 minutes 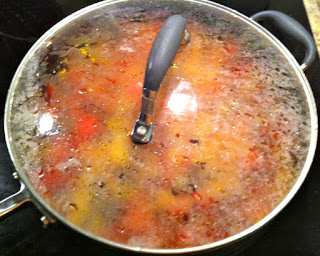 Once most of the liquid is evaporated, remove cover and stir in lime juice 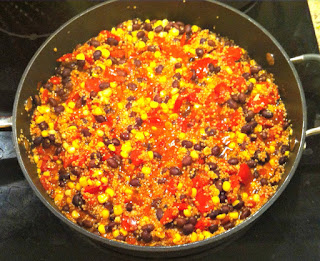 Top each portion with avocado and fresh cilantro (optional)

I had plenty of leftovers from this recipe, but was all out of avocado-  so instead, I topped the dish with a sprinkle of sharp cheddar- yum!

1. Heat olive oil in a large skillet over medium heat. Add garlic and cook until fragrant, about 1 minute.
2. Stir in the quinoa, broth, beans, tomatoes, corn, chili powder, cumin, and pepper. Bring to a boil, then reduce the heat, cover, and simmer until the quinoa is cooked through, about 20 minutes.
3. Stir in the lime juice, and top each portion with avocado and cilantro.

For more information and to order a Farm Fresh box check out their website http://thelocalcfc.org/?page_id=2782