Camping on the May long weekend 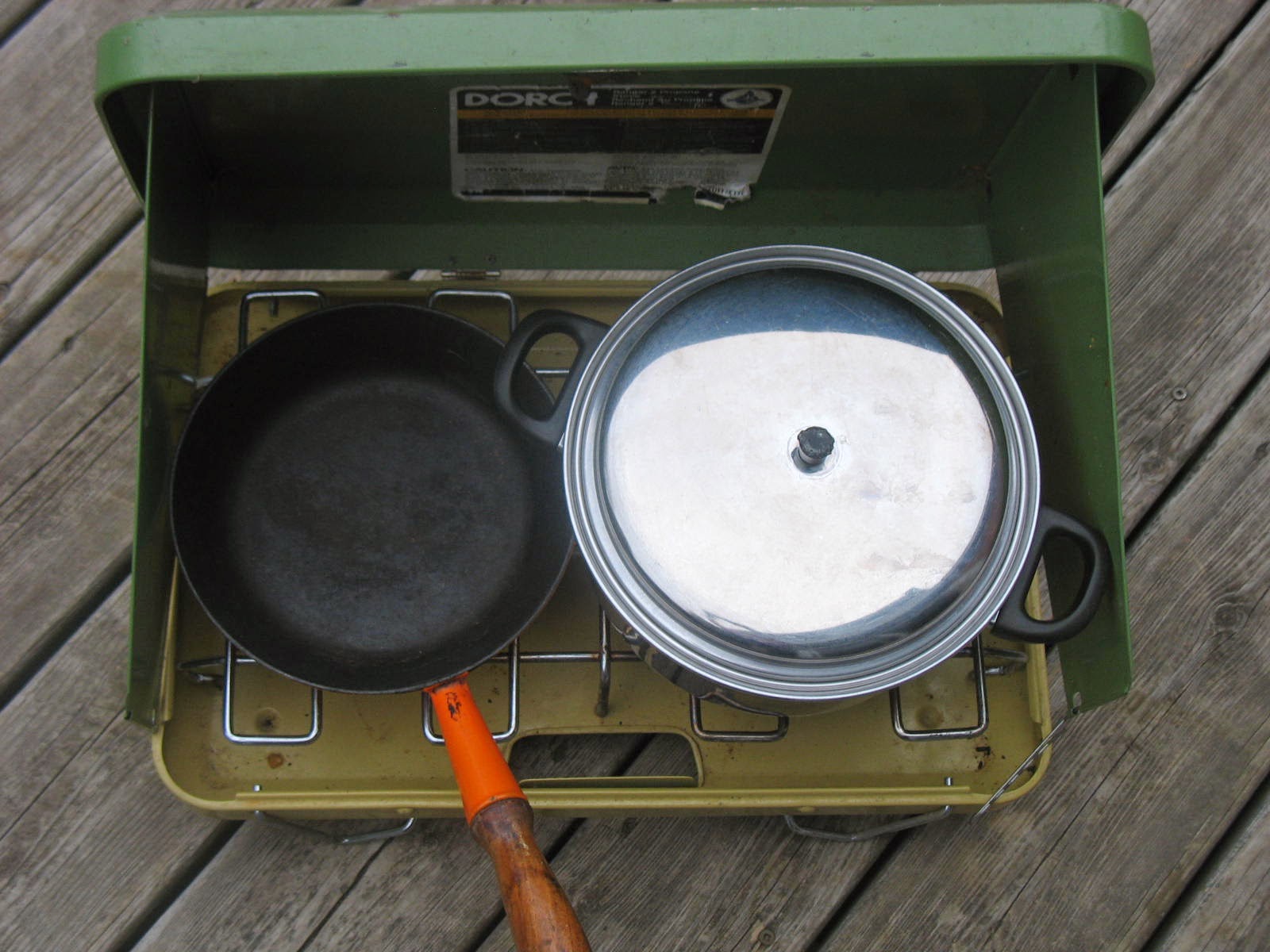 The May long weekend is coming up and I look forward to it every year because it's traditionally  the weekend my two boys and their dad go camping and leave me at home alone. What bliss.  I like to make sure that they stay away for the entire weekend so I usually pack some of their meals and snacks...I don't want them coming home early because they didn't have enough to eat. And, I also don't want them eating hot dogs and marshmallows all weekend long. So, the deal is, I pack a few snacks for them and food to make a couple of meals. They bring a 2-burner stove and use the fire pit at the camp site for cooking. Because the weather can be so unpredictable, I pack stuff that they can re-heat on the stove so they don't have to rely on a camp fire for cooking. I also pack food that travels well and lasts for several days. Here's what I have planned for them this year.... 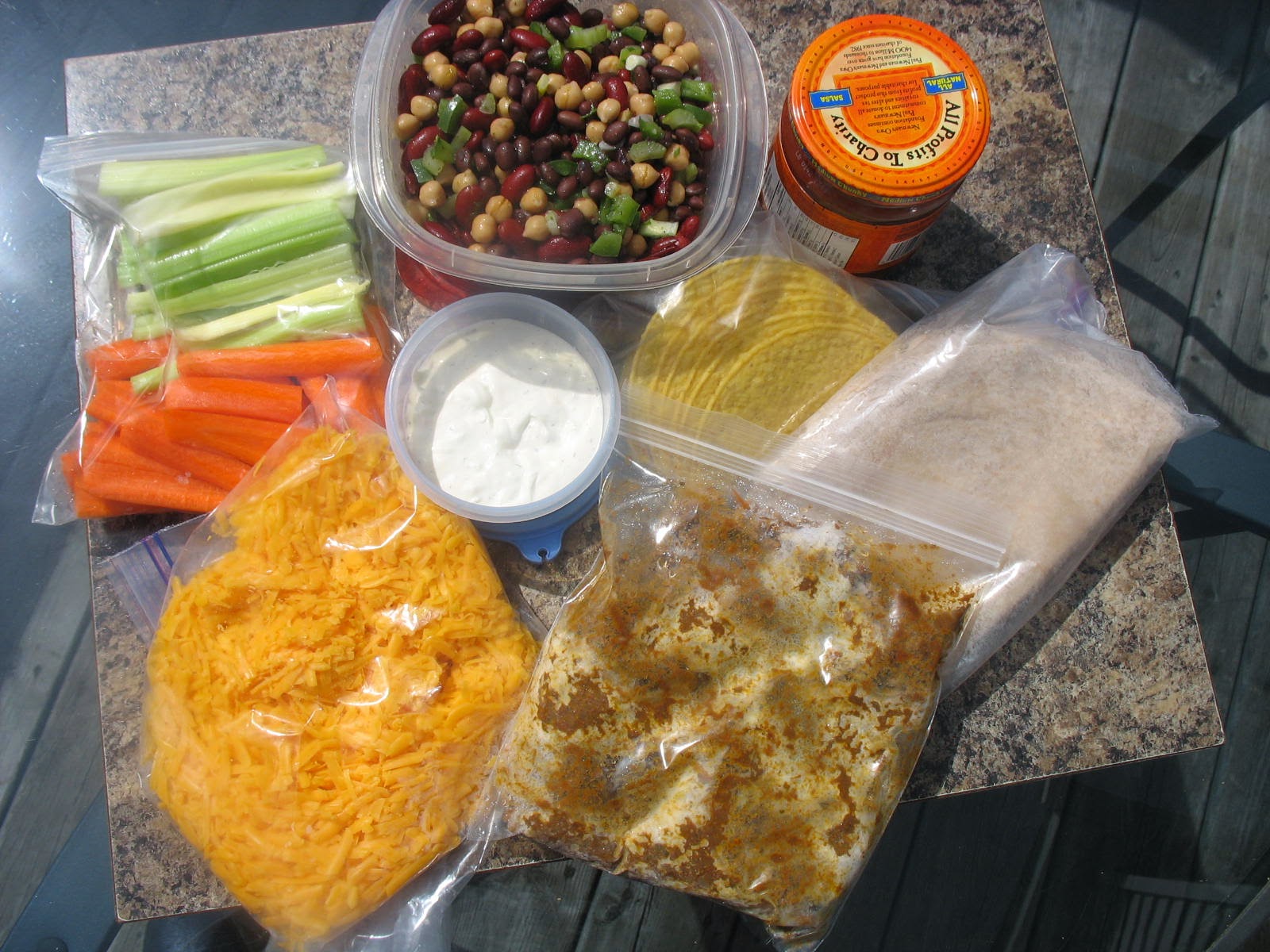 One of their meals will be tacos or burritos with bean salad, veggies and dip.
For the tacos/burritos, I'll pack:
- Ground Meat and Veggie (posted November 7, 2012 ) seasoned with chili powder, cumin, paprika, garlic, salt and pepper. I've packed 3 cups and it's in the freezer.
- grated cheddar cheese (in the freezer as well)
- store bought salsa
- some taco shells and tortillas
The  carrot and celery sticks will be packed in a zip lock bag with water. I'll give them some home made dip (sour cream, yogurt, and mayo with dill, vinegar and dried mustard) that they can use for the veggie sticks and can also put on their taco/burrito if they want.
The bean salad will be my favourite from an old Canadian Living recipe book. It's simple to make and keeps for several days. They can eat it separately and/or add it to their taco/burrito. I'll make enough so they can have bean salad with another meal. 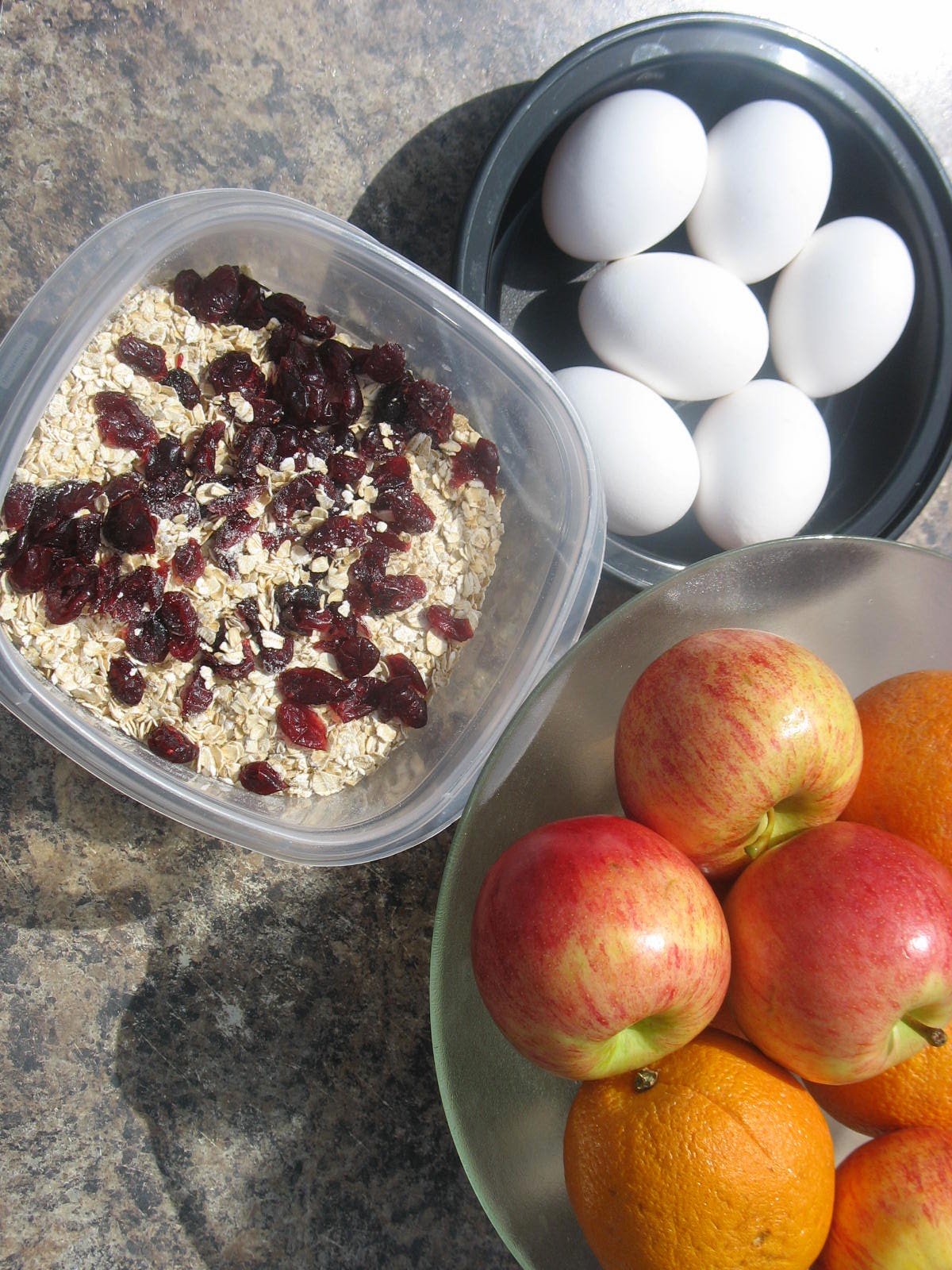 I'll pack food for one breakfast: hard boiled eggs, apples, oranges and oatmeal. For the oatmeal, I mix regular oats with skim milk powder, cinnamon and dried cranberries. All they have to do is bring some water to a boil and add the mixture. 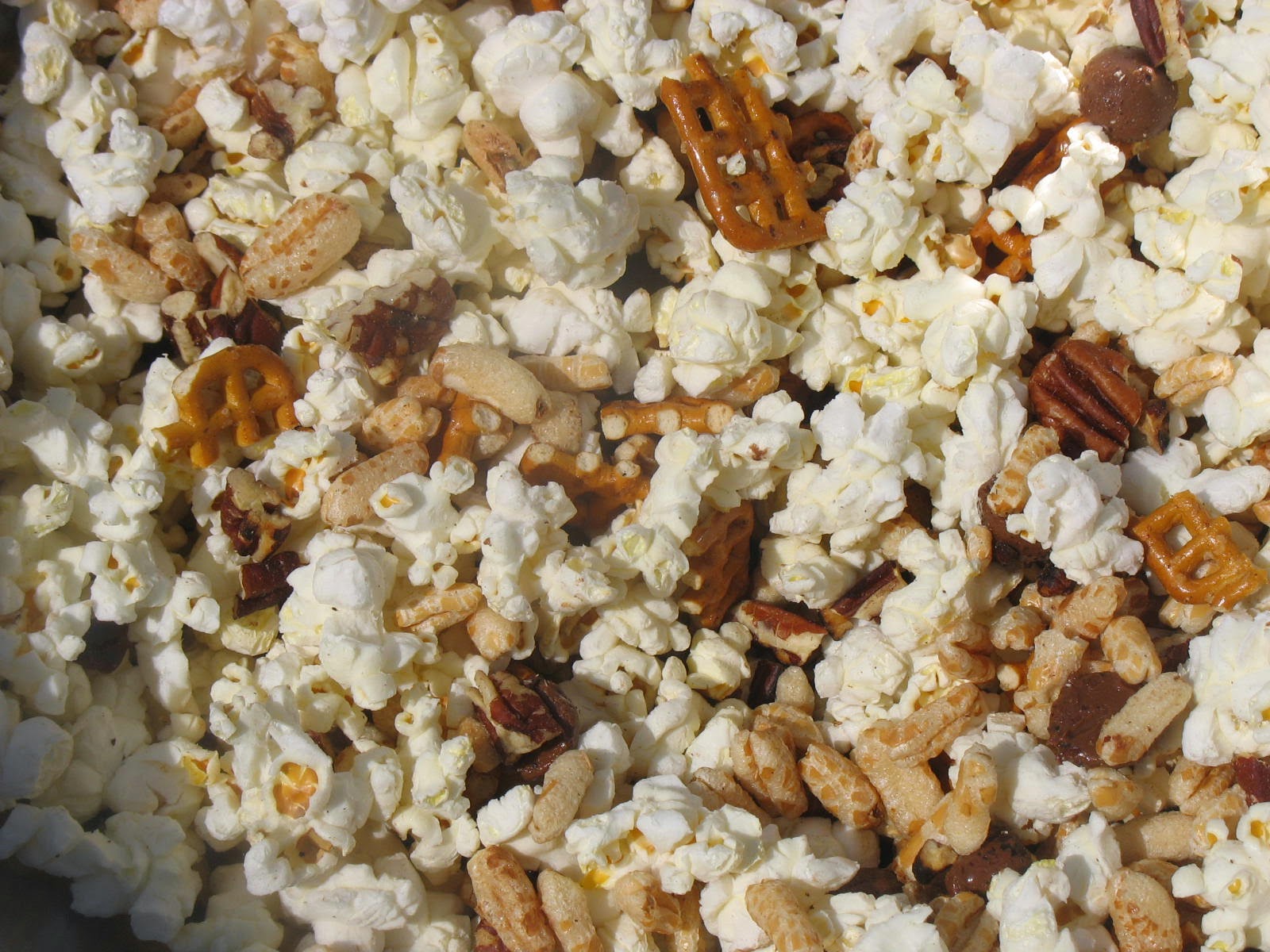 I'll make a snack mix for them. My kids really like this mixture (pictured above): popcorn, pretzels (I get waffle pretzels and break them up), kamut cereal (could also use Cheerios or Shredded Wheat but I only had kamut when I was making this), toasted pecans and chocolate chips. This snack mix recipe is based on a recipe from Bake It Up! (go to page 30). I'm also going to make some muffins (there are a few ideas on our site. Go to Muffins and Breads) and my hot chocolate mix (posted November 29, 2012).

The other meal I'm going to have ready for them is Grilled Lemon Chicken on a Bun. That will be the feature in my May 13 post.