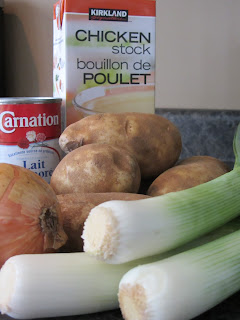 Soup is one of my favourite meals – there are so many different variations, from vegetable puree soup to a hearty bean soup and everything in between. I could eat it every day and one year in University I think I did! Soup can be a great addition to a meal or can be a nice light meal on its own, but soup is not always seen as a healthy choice -often labelled as high in sodium and creamy soups as having too much fat.

Making your own homemade soup is an easy way to get around these negative health claims. You can substitute healthier ingredients with the not so healthy ones – like what I have done in the creation of this Potato Leek Soup.

I don’t usually develop my own recipes – for this kind of soup I had looks at a few recipes but most used loads of cream (even 35% cream) and had no spices, which I thought would be a bit bland. In the end the soup turned out great and I thought I would share it with you. I used canned evaporated 2% milk instead of cream which added creaminess. To reduce the amount of salt in the soup you can use a reduced sodium stock or you can make your own (see our how-to video posted on December 26, 2012).
I hope you enjoy!
Shannon RD

Directions
·         In a stock pot on medium heat cook leeks and onion in canola oil until soft. 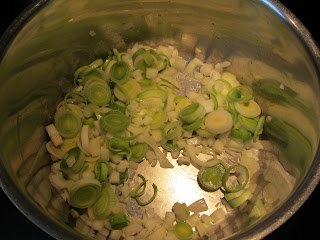 ·         Add potatoes and stock. Simmer for 20 minutes until the potatoes are cooked – potatoes should be easily pierced with a fork. 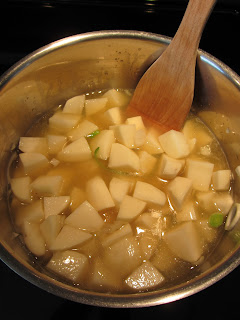 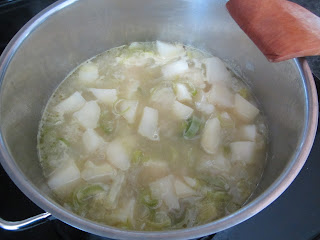 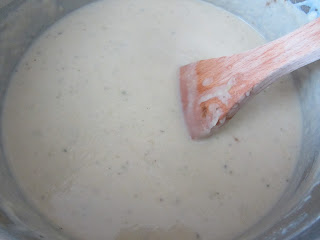